The Evolution of Dublin City 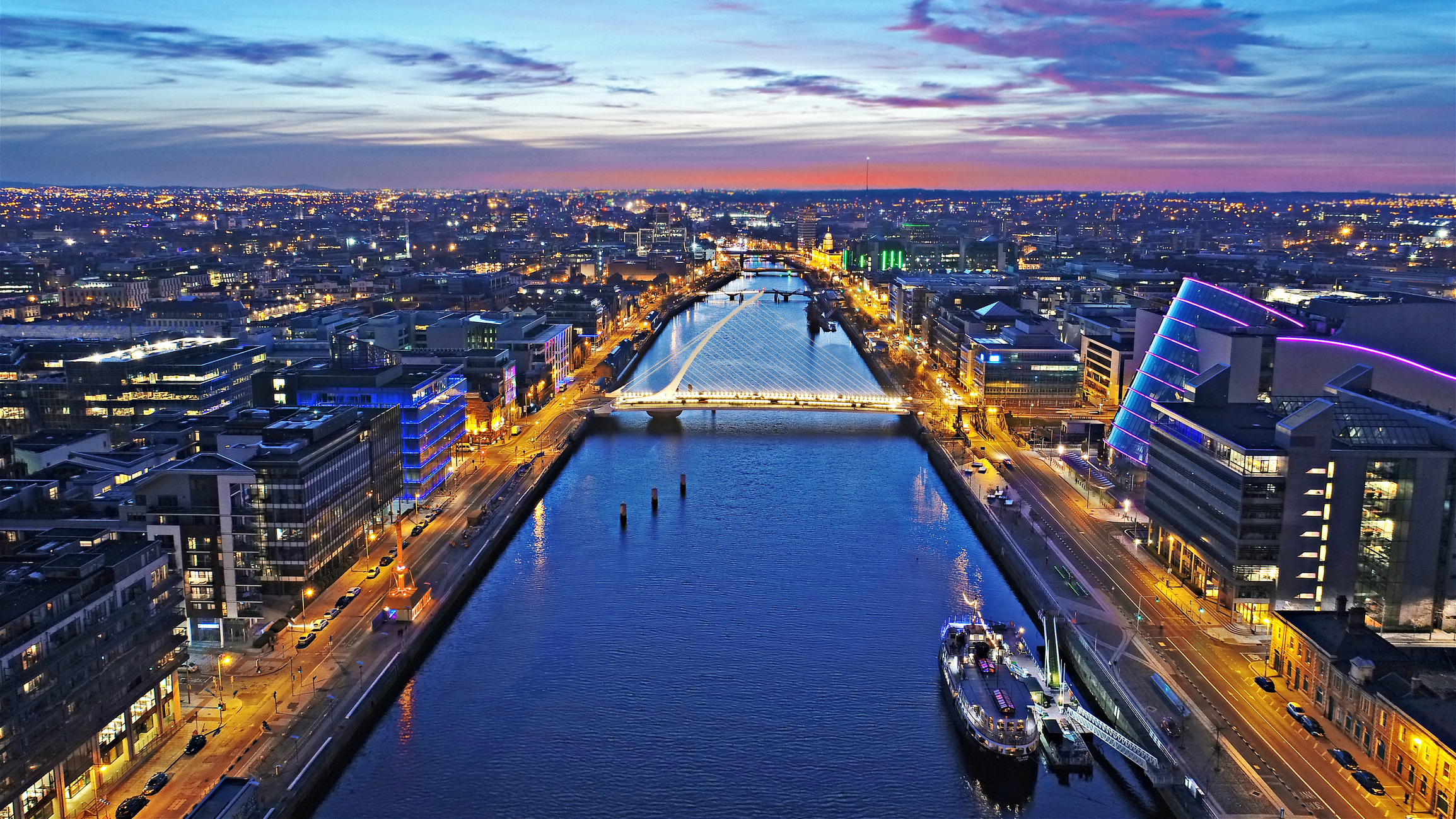 From a Christian monastic settlement to a sprawling city of more than one million people. We explore Dublin’s history, expansion, and future.

Read on to discover how Dublin became a Viking stronghold and a jewel in the Georgian crown, before becoming the sprawling metropolis it is today.

Present day Dublin can trace its origins back more than 1,000 years. The city’s first settlement, Áth Cliath (Hurdled Fort) was founded in what is now the High Street/Cornmarket area of the city during the 4th century. The name Áth Cliath relates to a connection of interlinked hurdles, which formed to make a makeshift bridge across the river at low tide.

During the 6th century, a monastery was founded on the southside of the city, near the tidal pool of the River Poddle, a tributary of the Liffey. The settlement known as Duiblinn (Blackpool) was eventually settled by the Vikings, when their raids in Ireland began around the 9th century.

From this period on, the settlement, now known as Dyflinn, flourished into a vibrant Viking trading hub and town.

By the time of the the Norman invasion in 1170, the viking settlers were a minor player in Ireland’s political sphere. Under Norman rule, Dublin began to develop defined street patterns, defensive walls and development north of the river and beyond the city walls. Churches, cathedrals and other buildings began to spring up across the region.

During this period, Dublin became the capital of the English Lordship of Ireland, which brought with it thousands of settlers from England and Wales. Over time, the English lords became more assertive in their power and began to build defensive walls around the city, creating an area known as The Pale.

While medieval Dublin had undoubtedly grown in size, when compared with its early Viking settlement, its total population only numbered between 5,000 to 10,000 people. The predominantly English town, was a small area of no more than three square kilometres which hugged the south bank of the liffey.

As the native Irish were banned from living within the city walls, suburbs and small villages began to grow beyond Dublin’s walls, such as The Liberties.

The Tudor era brought about a period of immense economic, religious and geographic change in Dublin. The Protestant Reformation in England produced a period of social unrest amongst the Anglo-Catholic gentry in Dublin, who quickly became disillusioned with the mother country.

The ensuing Cromwellian plantations saw a dramatic shift in Dublin’s demographics and  geographic landscape. One of the earliest maps of Dublin was drawn in 1612 by John Speed and already shows Dublin’s expansion beyond the city walls. In the map you can clearly see the development of what is now Dame Street and Trinity College, which is marked on the map as number 12.

As the city grew beyond its city walls and more Protestant gentry arrived, grander buildings and more suitable accomodation were needed to please the new wealthy classes.

The Georgian period was a time of growth and prosperity for Dublin, with its cityscape being completely transformed into the one we recognise today.

The Wide Streets Commission demolished the majority of Dublin’s narrow medieval streets and replaced them with wide, long Georgian boulevards. O’Connell Street, Dame Street, Westmoreland Street and D’Olier Street were all developed during this period. During this time, Dublin’s famous Georgian terraces were being built, with Parnell, Mountjoy, Merrion and Fitzwilliam Squares all being constructed during this period. Initially the north of the city was considered to be more attractive and cosmopolitan, however when the Duke of Leinster built Leinster House south of the Liffey, the southside became en vogue.

The Victorian age and the Industrial Revolution collided together to bring about a remarkable change in the lives of Dubliners. The ascendency classes thrived, with new-found industries bringing great wealth to business owners and investors. While lower, working classes lived in overcrowded tenement buildings and survived on meagre wages.

During this time the city’s population reached more than 400,000 people and was expected to rise further over the next few decades.

As Dublin’s city centre became more and more overcrowded and squalid, the upper classes abandoned their Georgian townhouses for country retreats or homes in the newer Victorian suburbs of Ballsbridge, Rathgar, Rathmines and Dún Laoghaire.

The early 1900’s were a turbulent time in Ireland’s political landscape, as the country fought a rebellion, faced civil war and finally achieved independence. In Dublin, the period brought significant changes to the city’s facade and layout.

Gun battles fought on the streets resulted in the damage and destruction of prized Georgian buildings like the Four Courts and the GPO. Post independence, the city was in a state of flux and its residents were the first to bare the brunt. With much of the city centre deprived of quality housing, new suburbs such as Kimmage and Crumlin were created to house former city dwellers.

Post 1920’s, northside suburbs like Cabra and Glasnevin also developed rapidly to accommodate the city’s new and displaced residents. However with so much development, services such as schools, adequate public transport and leisure amenities were slow to follow.

Today, the Greater Dublin Area has a population of just over 1.3 million people, a stark contrast to the city’s population of 3,000 people more than a 1,000 years ago.

Looking at population density, we can still see that the suburbs of the Victorian era and those built post independence are still some the most heavily populated areas. In the above map, dark blue areas have a population of anything between 5001 and 37556 people per square kilometer. However, looking at population change, in recent years we can see a shift away from the suburbs to Dublin county and beyond. Comparing census data from 2006 and 2011, we see there’s been a population decline in the areas marked with a pale yellow colour, while areas in dark blue have increased population by between 31% and 223%.

Rising rents and a lack of affordable housing appear to be driving people away from the city and suburbs to the surrounding commuter towns, such as Leixlip and Ashbourne.

What’s Next for Dublin?

Today, the housing crisis continues to grip Dublin much like the rest of the country. Affordable housing and quality rented accomodation are scarce.

OSi is working closely with the The Dublin Housing Observatory to help inform, review and revise Dublin’s current housing strategy.

Check out Geohive and explore authoritative spatial data at your fingertips. Here’s a link to the to the Historic Map Viewer.